This brand of coffee made us a cool joke

One of these companies made a joke on us and we’re not complaining! My colleague Shubhangi and I were in the middle of our shift when we suddenly started craving a good cup of coffee. (You know how bad morning shifts can get)! So we decided to order 2 cappuccinons from Slay Coffee, Noida. After 20 minutes, the delivery man arrived with 3 cups of coffee, to my good surprise. When I inquired he told me the third cup of coffee was free! (Well, who doesn’t like free stuff). Because the cup was cold, we automatically assumed it was cold coffee!

We ordered 2 coffees, but received 3

Of course, we were delighted. We decided to keep the third cup in the fridge, to have it later at lunch. (Rather innocent and unsuspecting, us!) However, Shubhangi decided to take a look and then the whole idea of â€‹â€‹the prank came to us. What we thought was cold coffee was actually just a cup of ice water, wrapped in a cool design. Although our hopes for lunch were dashed, we had a good laugh. More so, we decided to take the prank a step further and fooled our boss too! He was quite athletic and played the game. (Lucky for us) 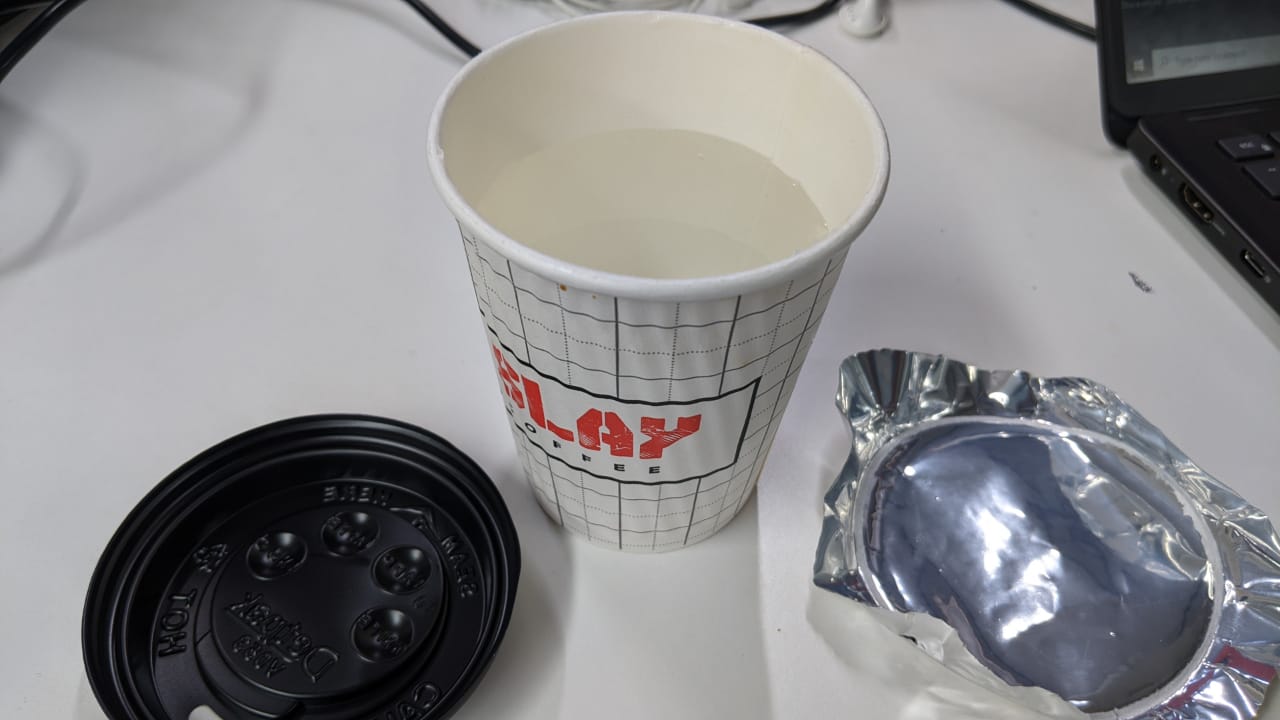 This is what was in the third cup

Later we also called Slay Coffee to find out if this was really an April Fools Day joke and they confirmed it was! You got us, Slay Coffee! Happy April Fool’s Day everyone.